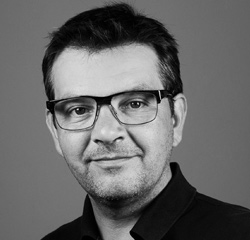 Mark is a Global IP affiliate who assists on matters on an as-needed basis to provide his expertise in areas of European patent law. Mark graduated from London University in the summer of 1993 with an honours degree in Physics. Mark entered the patent profession later that year, and over the last sixteen years he has worked for several of the top London IP firms, and more recently for the UK arm of one of the larger US law firms.

In 2006 Mark established his own firm of patent attorneys with the aim of providing his clients with commercially focused expert IP advice at a cost level which does not in itself act as a deterrent to the proper acquisition and exploitation of their intellectual property rights.

Mark has represented clients before the UK Intellectual Property Office and the European Patent Office (EPO), and has successfully argued for maintenance of his client’s rights before the Examining Division, Opposition Division and Board of Appeal of the EPO. Mark has been involved with patent litigation in the UK, and unusually for a European attorney he has also been closely involved with patent litigation in the USA, including attending hearings at the USPTO during re-examination proceedings.

Mark firmly believes that intellectual property rights are not only important for protecting innovations, but are also key tools for generating revenue. To that end, Mark works to provide his clients with broad and commercially valuable protection for their inventions. Mark also has a wide-ranging network of skilled, like-minded associates who can be called upon to provide expert assistance, where required, in jurisdictions outside of the EU, in particular in China, Australia, Japan and South Africa.

Whilst Mark's experience has been gained exclusively as a private-practice attorney, he is aware of and fully considers the commercial realities facing his clients. Mark has particular experience dealing with small start-up companies (often backed by venture capital) who are venturing into the IP world for the first time, and regularly gives talks and presentations to groups of start-up companies who have often had little or no experience of the intellectual property system.

In addition to the traditional skills of a patent attorney, Mark is skilled in the strategic management and exploitation of all forms of IP and is experienced in negotiating and drafting commercial contracts (such as confidentiality agreements, IP licences (including software), and teaming agreements).

Outside of the office, Mark tutors students of the Chartered Institute who are sitting the Institute’s advanced patent drafting examination, and what time he has left is spent with his two young sons and indulging his passion for ageing British sportcars.