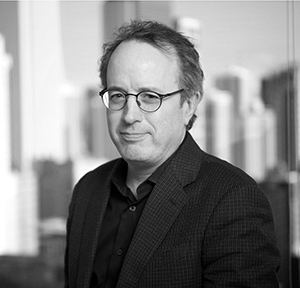 David Berten is a founder and partner of Global IP Law Group. He works on all aspects of monetizing clients’ patent portfolios, and directs the firm’s litigation efforts. Mr. Berten works out of Global IP’s Chicago office.

Mr. Berten has been the principal IP advisor on several of the largest patent transactions in history, with transaction value in excess of $7.5 billion.

Mr. Berten has received numerous peer-reviewed awards. He has been named one of the top IP Strategists in the world by IAM Magazine every year since 2011, and was selected as one of the 500 Leading Lawyers in America (and one of 15 in intellectual property) by Lawdragon in 2012. He is AV (highest) rated by Lexis-Nexis/Martindale-Hubbel and has been named as an Illinois "Super Lawyer" (top 5%) in intellectual property litigation every year since 2005. In 2009, he was elected a Life Fellow of the American Bar Foundation. He is a member of Trial Bar for the United States District Court for the Northern District of Illinois.

Mr. Berten has devoted a significant amount of time to the pro bono representation of asylum seekers and is recognized for his expertise on that subject. He has served as a member of the Leadership Council of the National Immigrant Justice Center since 1997, and was a member of the Advisory Committee to the ABA Commission on Immigration from 2005 to 2009. He is a Founder and President of asylumlaw.org, a web-based resource used by lawyers around the world in the representation of asylum seekers. Mr. Berten received a pro bono award from the ABA in 2000, the Midwest Light of Human Rights award in 2004, and the Chicago Bar Foundation’s Edward J. Lewis II award in 2005.