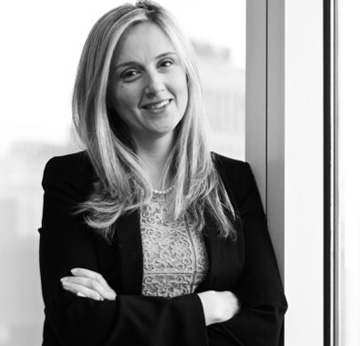 Alison has been helping inventors protect investments in their inventions for nearly 20 years.

In addition to litigation, she has extensive expertise with patent licensing and negotiating technology agreements. She also advises litigation funding entities about financing investments in patent cases.

Alison has been repeatedly selected by Intellectual Asset Magazine as one of the IAM Strategy 300: The World's Leading IP Strategists. Alison was selected as a Super Lawyer for 2022 and 2021 and to the "Illinois Rising Stars" for Intellectual Property Litigation list published by Super Lawyers (2013 - 2017). She is licensed to practice law in the Northern District of Illinois, Eastern District of Texas, Western District of Texas, Illinois, Massachusetts, and the U.S. Court of Appeals for the Federal Circuit.

Alison is a Co-Founder of Chicago Women in IP (ChiWIP). Alison spoke about "Licensing: Monetizing the Value of Your IP Assets" at the MIP International Women's Leadership Forum 2019. Alison was a panelist in IPWatchdog's June 2021 panel “Billion Dollar Patent Verdicts: How, Why and Will the Federal Circuit Let Them Stand?” and IPWatchdog's January 2022 panel “Discretionary Denials: Has the Western District of Texas Been Neutered?”